Except perhaps for one Donald J. Trump, producer-rapper-fashion designer-failed presidential candidate-entrepreneur Kanye West can claim full rights to the world’s most controversial figure honors. A bipolar, egomaniacal, creative powerhouse, West’s twenty-some year career has progressed in congruence with shifting volatilities of the contradictory 21st Century psyche, making him as representative of the world for which he creates as it does a chauvinistic relic of bygone days. Kanye West’s public antics are staples of contemporary cultural conversation through his arsenal of self-contradiction. Passionate detractors claim everything from misogynistic emotional manipulation to misguided pseudo-right-wing politics to homophobia to various one-off public outbursts consisting of incoherent rants. Others see a troubled human being struggling through grief and mental health disorders and doing so under the constant judgmental gaze of the public eye. But regardless of camp, West remains one of the world’s most recognizable faces – an industry respected architect of musical potential and a restless visionary desperate for a lasting legacy across pop culture. So, with such self-focus, it comes as little surprise Kanye West is now the subject of a sprawling documentary in Netflix’s Sundance-premiering Jeen-Yuhs: A Kanye West Trilogy.

Though starting very close to the beginning, with a fresh-faced, retainer wearing Kanye at the humblest we’ll see him, the film takes an uneven journey through his career and is rife with missing pavement along the way. It is epic by definition, but Jeen-Yuhs: Kanye West Trilogy‘s shortcomings ultimately leave a shamefully incomplete portrait, offering virtually no insight (let alone condemnation) to any of the controversial artist’s actual controversies. Despite this, as a music documentary focused on one artist’s creative process driven by unquestionable talent, foresight, and ambition, Jeen-Yuhs: A Kanye West Trilogy might be the genre’s Hoop Dreams. Like that decades-covering film (albeit with nary a blip across its vast timeline), Jeen-Yuhs: A Kanye West Trilogy is made of raw, verité footage shot between 2002 and 2021, starting before the release of West’s Grammy-winning debut, College Dropout. In fact, the making of that album makes up two-thirds of the film’s overall runtime despite being the first of ten released during its duration. Once the release commences, and Grammys follow, the footage becomes decidedly sparse with a near ten-year span between 2008 and 2018 virtually uncovered save for archive footage and a narratively questionable semi-focus on co-filmmaker (and Kanye West childhood friend) Clarence “Coodie” Simmons (covering the birth of his child, spiritual relationship with God and successful music video directing career, respectively).

Simmons and co-director Chike “TK” Ozah do further narrative injustice to Jeen-Yuhs: A Kanye West Trilogy with some elementary documentary faux-pas, the most glaring which are the relentlessly exposition-heavy voiceover and some quite melodramatic montage choices. Though they may be somewhat understandable at a human level – the footage started as a document rather than a documentary with a narrative arc impossible to have been forethought. And they are longtime friends after all, not just collaborators, to which Coodie openly acknowledges as his reasoning for turning the camera off Kanye when he is at his most volatile. But the seeds of what is to come do appear throughout these early days (most prominently identified by West’s beloved mother, the late Dr. Donda West – who through infectious smiles and unadulterated positivity lights up the screen in every appearance – in one of the film’s most touching and personal scenes) and, at best, are presented as afterthoughts, normal stepping stones along the road of rap stardom.

Controversy did not necessarily follow West during the early days of act i: VISION and act ii: PURPOSE. Instead, his life and career were nothing out of the ordinary concerning the trials and tribulations of an ambitious artist seeking their big break. There is the inevitable pushback from record labels and the various financial issues associated with largely self-funding one’s early artistic career. But there is also a vast network of creative friends whose ecstatic reactions from Pharrell Williams, Scarface, Jamie Foxx, and a further who’s who of early century hip-hop stars. Many of these appearances provide an in-the-moment authenticity and the star power vital to the film’s overall watchability. What does come out of the ordinary is West’s well-documented Los Angeles 2002 car accident, which resulted in a wire shut jaw and months of recovery. Through this section, Jeen-Yuhs: A Kanye West Trilogy is at its strongest and paints the most precise picture of the Kanye West of that moment, disappointed but determined. Ultimately, in a well-documented and poetic twist, it is the accident that kick starts Kanye’s mainstream career upon the release of its inspired Through the Wire single (and Coodie directed music video – his debut – complete with up-close surgical imagery of West’s wireframe removal). Unfortunately, from there, as soon as controversy does start, the camera shuts off from this point forward.

Kanye West is no longer just a hip-hop figure by act iii: AWAKENINGS. He is now an international public figure, billionaire, and multi-platform creative. He has released several critically and commercially successful albums (including the century-best My Beautiful Dark Twisted Fantasy), started his fashion line, married into the Kardashian family, and has been a general staple of crossover news cycles for years, starting with his drunken onstage tirade following a Taylor Swift MTV VMA win. The section also begins with another seminal event in West’s life, and perhaps its most detrimental, the death of his mother from a botched plastic surgery procedure. Even without the same level of footage during this time, the profound grief West feels is evident. But he refuses to mourn. Opting instead to continue touring internationally and producing music for himself and prominent artists like Pusha T and Kid Cudi leading to a compounding of grief, as well as the inevitable mental and physical burnout. Instantly following his mother’s death, West’s volatility is now more than a continuation of existing shortcomings. It is a rapid descent into clinical mental health struggle, with West exhibiting tell-tale signs of bipolar disorder throughout its remaining runtime.

Anyone who has experience with clinical bipolar disorder can see it all over West immediately. From medicinally induced weight gain to the hollowness of the eyes, from the out-of-nowhere paranoia to the stream of consciousness ramblings and, of course, the peak and chasm gap between depression and ego, the diagnosis is obvious. West himself accepts this diagnosis, frequently referencing his use of the antidepressant Lexapro and even referring to being bipolar on the album cover for 2018’s Ye. Still, as one of the world’s few remaining accepted biases, outside views all too frequently descend into labels like “crazy”, “insane”, and “asshole”. Add to that the fickle nature of the wider public’s relationship with celebrity and the ongoing grief of parental loss, the conditions for extensive mental strife are strong.

None of this is to say that certain behaviors are excusable under the umbrella diagnosis of mental health. Across his antics, West has been accused of severe emotional manipulation of former partners Amber Rose and Kim Kardashian (including the oddly violent ongoing infatuation with the latter’s new partner, Pete Davidson). He has also openly embraced such inexcusably vile figures like Marilyn Manson, DaBaby, and Donald Trump. Still, without help and compassion, whether it be West or one’s own child, partner, or friends, such behaviors cannot end. And with such potential in messaging, Jeen-Yuhs: A Kanye West Trilogy can’t help but feel like a missed opportunity to tell a story more significant than it does. To anyone seeking a much more thought-provoking portrait of another controversial African-American star, see David Shield’s archive-only portrait of the American Football star Marshawn Lynch: A History.

Steve Rickinson
"New to Bucharest by way of Amsterdam, Brooklyn, and a few others, Steve is the communications manager/industry editor for Modern Times Review documentary magazine. He was also senior editor for New York-based IndieWood/Hollywoodn’t. At Films in Frame, his documentary column features on the last Wednesday of the month.

The other side of America – December Monthly Top

Watercooler Wednesdays: The Kingdom & The Crown 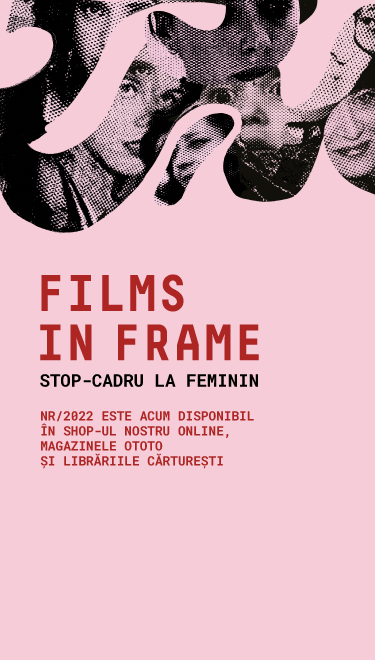