AIFF.4 – Waves – All families are sad, in their own ways

I watched Waves (directed by Trey Edward Shults, known for his previous atmospheric horror film, It Comes at Night) with a kind of curiosity that was rather more on the aesthetic side of things (which is also where the film scores its temporary triumph): a drama about a family of color, that is conventional and subdued, almost non-confrontational, strangely embalmed under the wraps of a fashion music video. In short, Tyler (Kelvin Harrison Jr.), the family’s son who is an 18-year-old teenager that is ready to boil over, a small but ambitious storm that picks up wrestling to avoid disappointing his father, has an irreversible accident that involves one of his arms, and that’s where things start to go wrong – he can no longer practice any sports, his girlfriend gets pregnant, his starry-eyed approach to life suddenly loses its glean and is replaced by a crater that lands smack in the middle of his family. Lacking any moral epicenter, Tyler has no one to talk to, even though his family is supportive (with the notable exception of his father, his unwavering gaze seemingly regarding him as a racehorse at times); he takes refuge in alcohol and drugs and ends up derailing his life. There are two racial observations throughout the film: the first one is covert, as Tyler’s dad hints upon the fact that he must put in ten times the amount that a white person must in order to achieve something in their lives, and that he mustn’t get too comfortable; and, secondly, as Tyler (who is in front of a clinic) is gratuitously called the n-word by an elderly lady, which makes Tyler swear, but not too much, seemingly not too bothered by the event. Trey Edward Shults acts as if his protagonists were white – and so as if their problems were also something that is to be solved behind the scenes. If its way of dodging the family’s racial problems is almost charming at first (prompting one to say ‘at last, here’s a film that avoids some problems which others may dramatize in a way that may seem way too ostensible’); as the film goes on, it becomes clear that Shults literally doesn’t see the color of his protagonists – for him, they must have the same upper middle class lives as any given family of white people and so, implicitly, the same means to solve them. It seems at least partially strange to opt out of a political discourse – especially in a film which discusses the dynamics of a family of color that is facing a trauma – because such traumas are not insular, but rather, they affect entire communities (and in each and every corner of the United States, such events breed even more discrimination and isolation).

For example, one can remember that in Barry Jenkins’s If Beale Street Could Talk, a young man of color is unfairly accused of sexually assaulting an elderly woman; he winds up in prison, where he is humiliated and molested and so on; the film doesn’t highlight his experience (just as Trey Edward Shults doesn’t), but on the ways in which his family must carry the shame of the alleged crime in their each and every social interaction. In Waves, however, the focus is temporarily shifted onto all sorts of different tracks, avoiding as much as possible to represent the ways in which a family of color is effectively recalibrated in the light of such an event. The same can be said of Jenkins’s Moonlight, which Shults cites in a very glossy scene with Tyler and his girlfriend taking a dip into the ocean at dusk, the narration is fragmented throughout its entirety by the traumatic events that are part of Chiron’s process of growing up, who is initially a child of color coming from a bleak background. It’s as if the simple choice of setting the family in an upper middle class context in Waves would simply erase any and all problems regarding race (or, even worse, that they wouldn’t bear any discussion anymore).

The first part of the film exclusively follows Tyler, using false subjective angles, shaky and glossy at the same time, either way too close (until it arrives at an amalgamated and abrasive mixture of abstract, indecipherable colors) or at a distance, while the second part abandons him in favor of his sister Emily’s (Taylor Russel) point of view, who is calm, detached and accommodating, whose role is to mend the bridges that Tyler has burnt. Film critic Alex Godfrey sees in Waves “the clarity of a psychedelic mushroom”; if on a narrative level, things are as simple as they get, the fragmentation of its aesthetics and soundscape (the various cacophonous or artificial sounds created by Trent Reznor and Atticus Rose) set the stage for an effervescent slice of life that, once it runs its course, doesn’t have much left to say other than the fact that all families are sad in their own ways – and that love heals everything. In regards to its technical specs (such as the highly sophisticated framing techniques of cinematographer Drew Daniel, whose camera, as in the case of Gaspar Noe, wanders into the most unexpected corners or traces circular panoramas, leaving the impression of a permanent state of fluidity), Waves is spectacular; other than that, if we were to take a look at its blend of misery and tragedy porn, the film is much too hazy.

Georgiana Musat
Journalist and film critic, with a master's degree in film critics. Collaborates with Scena9, Acoperișul de Sticlă, FILM and FILM Menu magazines. For Films in Frame, she brings the Monthly TOP, published at the beginning of each month, on Wednesday. In her spare time, she retires in the woods where she pictures other possible lives and flying foxes.

The arrival of the last train 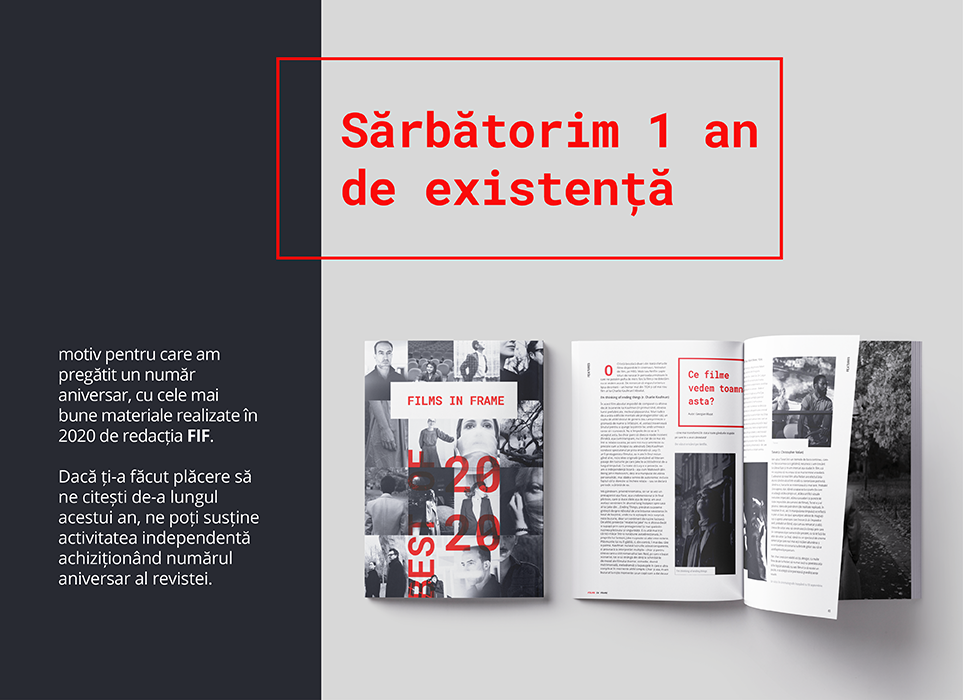